It is strongly advised against using any video guide for hacking your Wii mini console, as there is an extremely large chance of bricking it. 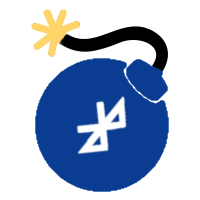